Traffic Jams In Delhi, Delhi-Noida Border And Mumbai Amid Lockdown 4 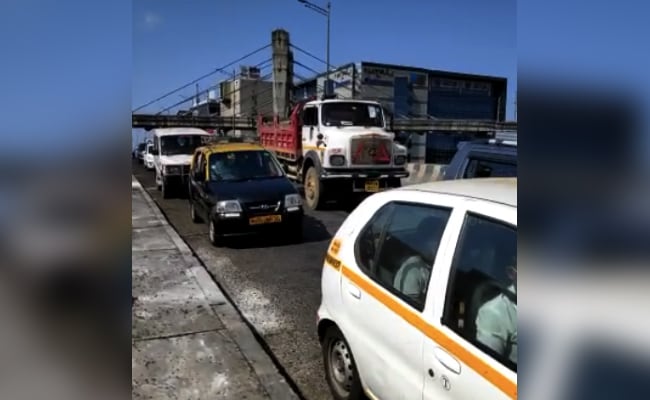 Massive traffic jams were reported from parts of Delhi, Mumbai and Noida on Wednesday morning, with thousands of buses, cars and two-wheelers, returning to the roads days after the government eased coronavirus lockdown guidelines this week.

Videos of bumper-to-bumper traffic from Mumbai’s Andheri, Delhi’s ITO and Yamuna Bridge neighbourhoods and the Delhi-Gurgaon, Delhi-Noida borders emerged, with serpentine queues of slow-crawling vehicles a reminder of pre-lockdown life in metro cities.

Similar scenes were witnessed at the Delhi-Noida border on Monday, when there was confusion over whether vehicular traffic was allowed to cross into Uttar Pradesh.

Movement restrictions were eased by the Home Ministry, starting Monday, for public and private vehicular traffic, and included inter-state travel with the mutual consent of states/union territories involved, except for those places in containment areas.

However, the district administration in Uttar Pradesh’s Noida stopped non-essential traffic from entering, with the UP government leaving the final decision to district officials.

Vehicles related to essential services and goods remain exempted, with the centre directing states to ensure they pass unimpeded.

Lockdown 4, which the government said earlier would seek to project “normalcy on the ground”, has given states and union territories autonomy in colour-coding coronavirus zones and, thereby, deciding what is and what is not permitted in each.

Under the centre’s broad guidelines taxis (including app-based aggregators like Ola and Uber) and private cars can run with a maximum of two passengers and one driver, while two-wheelers can be used without a pillion rider. Ride-sharing and car-pooling are prohibited.

In areas designated “green”, public buses can run at 50 per cent capacity.

Most vehicular traffic in containment zones remains prohibited, with only those essential services and goods allowed to function.

On Tuesday Delhi Chief Minister Arvind Kejriwal announced a number of relaxations, saying: “We cannot have a permanent lockdown”. Delhi, which has reported over 10,000 COVID-19 cases so far, has allowed vehicular traffic in accordance with the centre’s guidelines.

The national capital has also limited non-essential traffic to between 7 am and 7 pm, which is also per the centre’s guidelines.

In Mumbai, which is the worst-hit metro in the country with over 20,000 cases, none of the relaxations announced by the centre will apply, Chief Minister Uddhav Thackeray has said.

There are multiple containment zones across the populous city, widely regarded as the financial capital of the country. Earlier this week Mumbai Police warned residents of the city that non-essential vehicular traffic, or travelling in vehicles without permission, would invite “strict action”.

Across the country states have announced similar easing of restrictions on vehicular traffic, as India looks to limp back to normalcy after a viral outbreak that has infected over 1 lakh people and killed over 3,000 others.