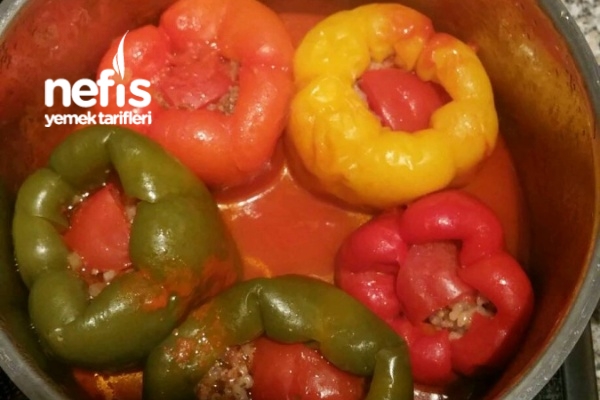 Rice is washed and put into a bowl together with minced meat. Put pepper, pepper, mint, salt, tomato paste and liquid oil on top of it and mix. Pepper seeds are removed one by one and washed. The prepared minced mixture is filled into the peppers. Since we make stuffed peppers stuffed with caution, we should not fill the stuffs very much, so we should not press the stuff so that our stuffs are soft. When the peppers are filled, they are covered with tomatoes and covered. All peppers are made one to one process and placed in the pot. Pour boiled tomato paste until half of the peppers and cook on the stove until the peppers are soft. Bon Appetit.