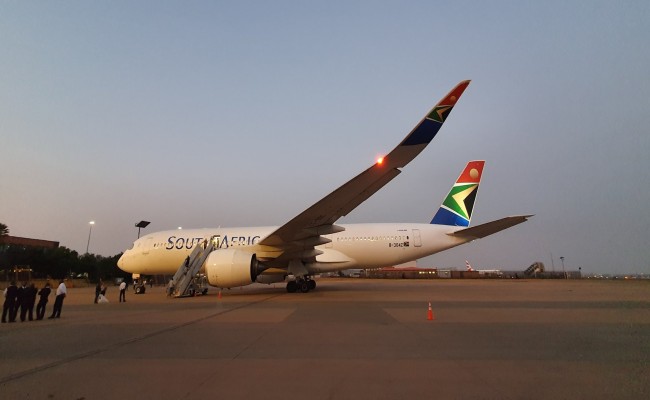 South Africa will repatriate over 200 citizens, who have been stranded across India due to the COVID-19 restrictions, by a charter flight on May 22, according to the country’s department of international relations.

The South African nationals will be repatriated from India as part of the country’s exercise to bring back its stranded citizens from different countries, including the US and UK, the South African Department of International Relations and Communication (DIRCO) said on Friday.

However, those stranded in other cities in the country are finding it difficult to reach to the international airports in Mumbai and Delhi due to the nationwide lockdown.

India on Sunday extended the nationwide lockdown till May 31 to contain the spread of the coronavirus.

In one instance, a South African company paid over Rs 75,000 for its employees stranded in Kolkata for training to reach Delhi for the flight back home.

Some of the stranded South African nationals are finding it difficult to pay for the one-way economy class ticket that costs over $805.

With SAA having stopped its direct flights to Mumbai a few years ago, most South Africans use other airlines, usually via Dubai, and will be required to buy new SAA tickets for the one-way flight costing around three times the normal airfare.

The airline said those with an SAA ticket will have the amount offset against the cost of the repatriation flight.

Sharon Ryan, who started a group for the South Africans stuck in India, said, “Amongst the elderly and children who make up our numbers, is a stage-4 cancer patient, someone who suffers from diabetes and ischemic heart disease, and are out of medication.”

“Another person is stuck in the Thar Desert in temperatures ranging 38-45 degrees Celsius, suffering heat exhaustion,” she said.

The flight will terminate in Johannesburg, so the returnees will still have the added challenge of getting to their places of residence after mandatory quarantine because inter-provincial travel is still prohibited in South Africa due to the COVID-19 restrictions.

With India trying to repatriate its citizens from South Africa, SAA has offered India to use the outbound flight from Johannesburg, subject to certain conditions.

The booking process has been made stringent and closes on Monday. There has reportedly been a flood of enquiries from among the estimated 50,000 Indian nationals in South Africa who either work in the country, or have been visiting family members.

Among the SAA requirements is approval and vetting for the flight by the Indian missions in South Africa, whose offices were opened this weekend to provide assistance to those needing it.

The Indian High Commission in Pretoria said in a statement that priority will be given to compelling cases in distress, including migrant workers who have been laid off, short term visa holders faced with expiry of visas, persons with medical emergencies, pregnant women, the elderly, and those required to return to India due to the death of a family member, and students.