Puducherry Extends Lockdown Till May 31; Liquor Shops To Reopen 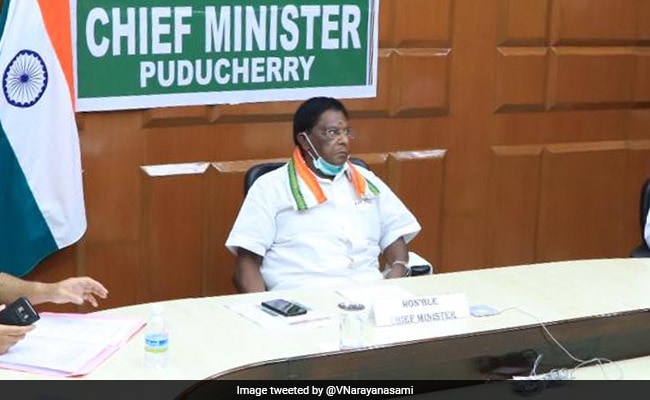 The chief minister said decision on imposing ”COVID-19 tax” on liquor would soon be taken.

The Puducherry government on Monday decided to extend the lockdown till May 31 in keeping with the guidelines issued by the Centre and announced that liquor shops will reopen from tomorrow.

The liquor outlets would be open from 7 am to 7 pm Tuesday, Chief Minister V Narayanasamy told reporters after a Cabinet meeting where a decision to this effect was taken.

These shops have been shut since March 25 when the nation-wide lockdown was announced to contain the spread of coronavirus.

Intra-state bus services would also be resumed from Tuesday and all shops and hostels would be allowed to function from 6 am to 7 pm from tomorrow, he said.

Shops were earlier permitted to function till 5 pm.

The chief minister said a decision on imposing ”COVID-19 tax” on liquor and also on petrol and diesel would soon be taken to augment the state’s revenues.

He said since shops in Puducherry, Karaikal, Mahe and Yanam regions are closely situated, there was the possibility of outlets drawing large numbers of customers.

People turning up at the shops should wear masks and maintain social distancing, he added.

Police, Revenue and Excise department officials would keep a close watch and regulate the crowd.

Revenue from the liquor business by way of excise duty is a major source of income for the Territorial government.

The Chief Minister also announced that the cabinet had decided to extend the lockdown till May 31 in keeping with the decision taken by the Centre.