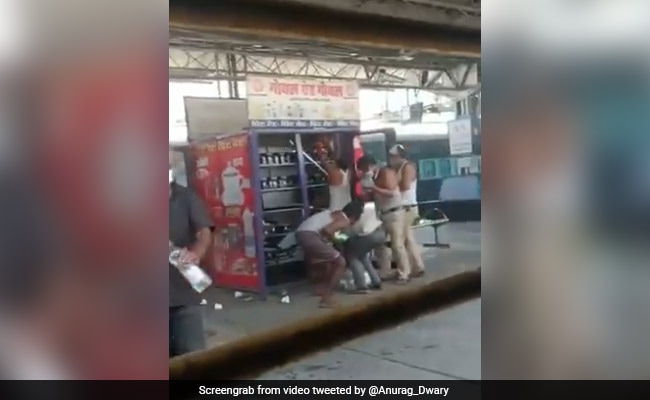 Some migrant workers travelling in a special train have allegedly ransacked a food vending machine.

Some migrant workers travelling in a special train allegedly ransacked a food vending machine at a railway station in Madhya Pradesh’s Jabalpur on Friday.

The incident occurred early in the morning on platform number 5 of the railway station when some migrants travelling in Mumbai-Danapur special train damaged a vending machine of packaged food items and cold drinks, an official said today.

The authorities have now emptied out such dispensers on platforms of Jabalpur, Bhopal and Kota railway stations, an official said.

A video of the incident had gone viral on social media.

“Packaged eatable items have been removed from vending machines installed on platforms of railway stations, after a video showed passengers taking away eatables from the machine,” railway official Priyanka Dixit told PTI.

The official said the Railways has been providing food and water to passengers at the designated stations under WCR.