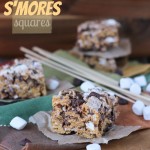 These Golden Graham S’mores Bars are such a delicious twist on the classic Rice Krispie Treat, but using Golden Graham cereal! They’re a chewy and delicious no bake dessert, loaded with milk chocolate and marshmallows…and you don’t even need a campfire to make them.

Make sure to try my S’mores Fudge Bars if you’re looking for another no bake s’mores treat! 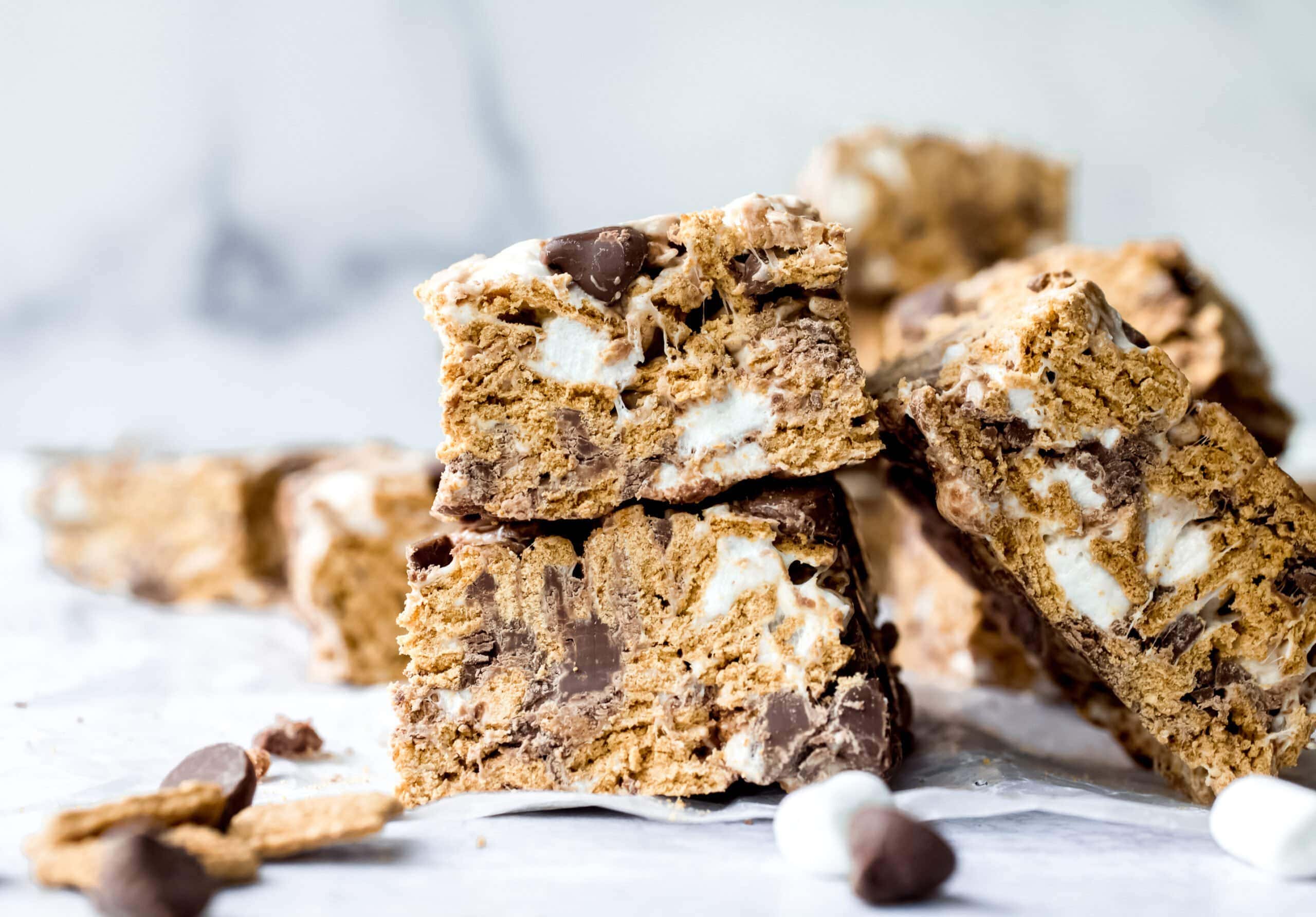 It’s about that time of year when s’mores are on repeat for the next few months. I stock up on marshmallows, graham crackers, and milk chocolate from now until Labor Day…

And while campfire s’mores are pretty tough to beat, it’s fun to create other desserts using the classic s’mores flavors. Plus, s’mores cravings can hit when you’re least expecting it…and we all might not have a campfire at our disposal. Which brings me to the these Golden Graham S’mores Bars! You’ve got all the flavors and gooey-ness of a s’more…and no fire necessary! 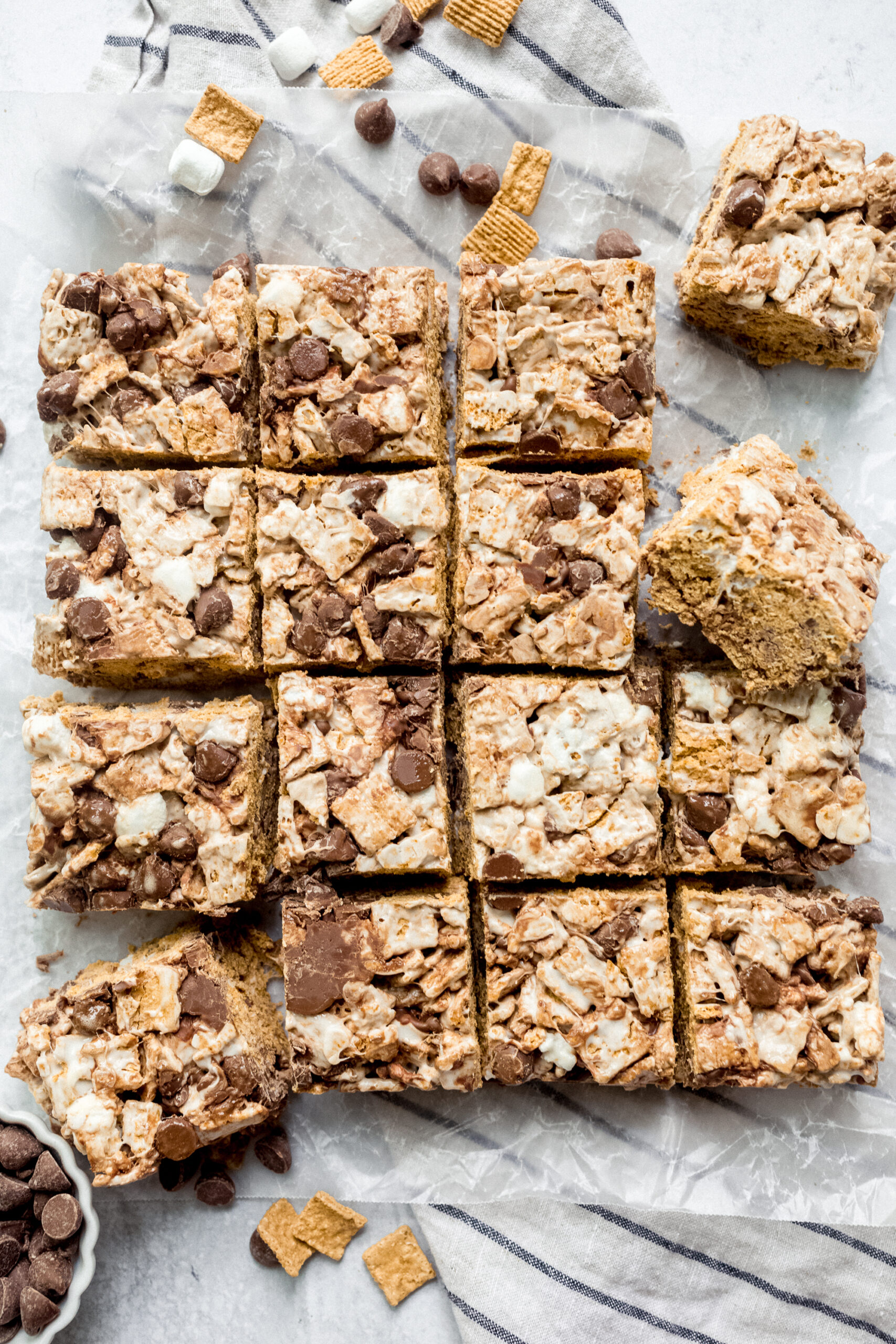 S’mores Bars Are Easy To Make!

If you’ve ever made my Rice Krispie Treats, you can make these. They follow the same guidelines…

And at the end of these you stir in some milk chocolate chips too! Because it wouldn’t be a s’more without chocolate.

The Ingredient List is short here, which is another reason I love this recipe so much! 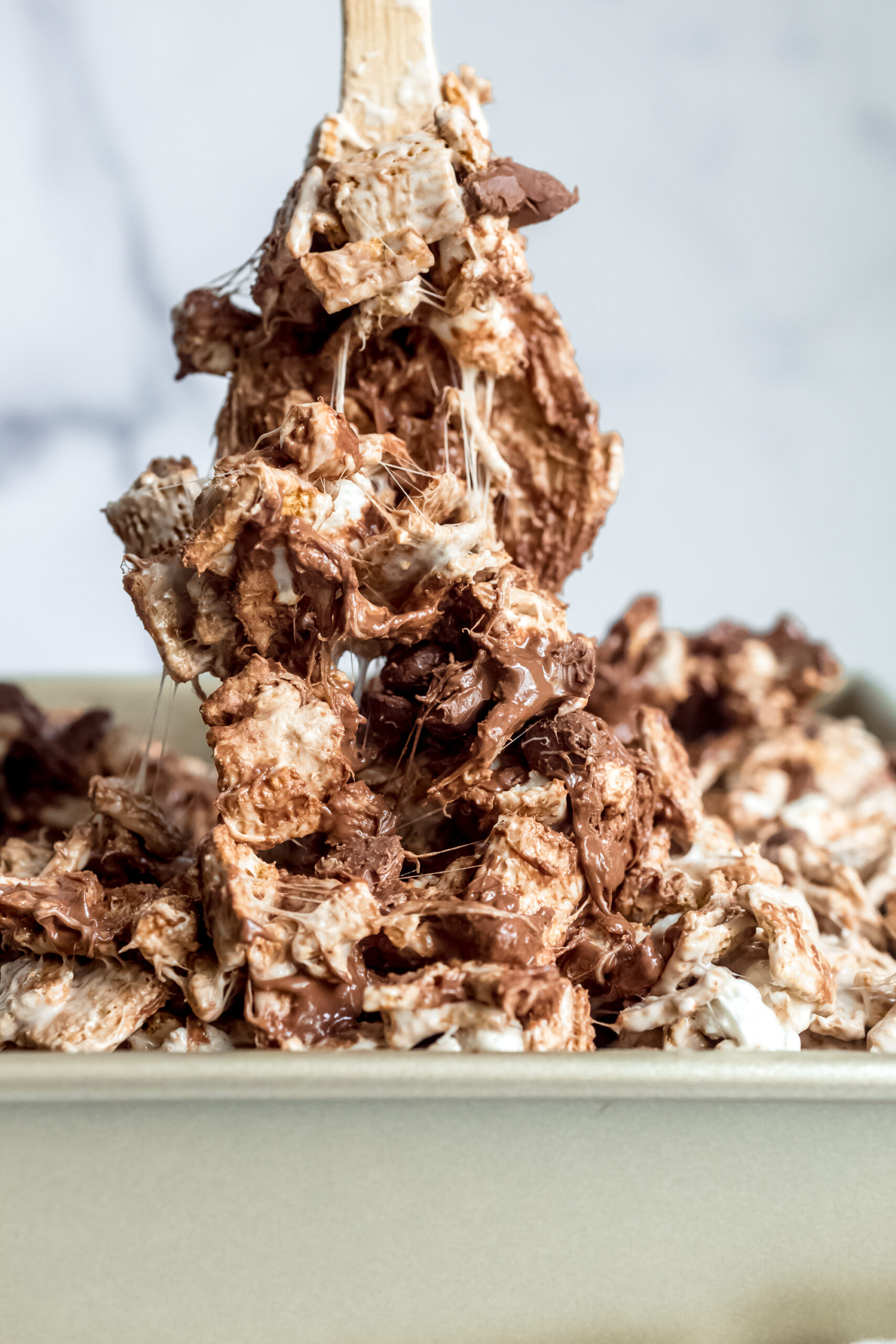 Do You Have To Use Golden Grahams?

I mean…kind of? If you’re going for the s’mores flavor Golden Grahams are the way to go. I am sure there are generic brands of Golden Grahams that will work just as well too.

If you’re trying to get creative you could definitely use other cereals, like Cinnamon Toast Crunch. But that kind of make sthem an entirely different treat, wouldn’t you say?

Can You Use Hershey’s Milk Chocolate Instead Of Chocolate Chips?

Great question! And the answer is yes, but note that the milk chocolate will need to be chopped, and know that it will melt when mixed into the cereal mixture more than chips will. Hershey’s milk chocolate is very soft and melt quickly…which is what makes it so great on s’mores. But chips hold their shape better, which is nice in these S’mores Bars, because you get little bites of chocolate throughout!

Of course, the chips melt a little too…just not as much as the bars.

How Long Do These Last?

These will be good for up to 3 days at room temperature if stored airtight. Air is the nemesis of any marshmallow cereal bar, causing them to get hard quickly. The extra marshmallows in this keep them soft, but even that won’t help if not covered properly. 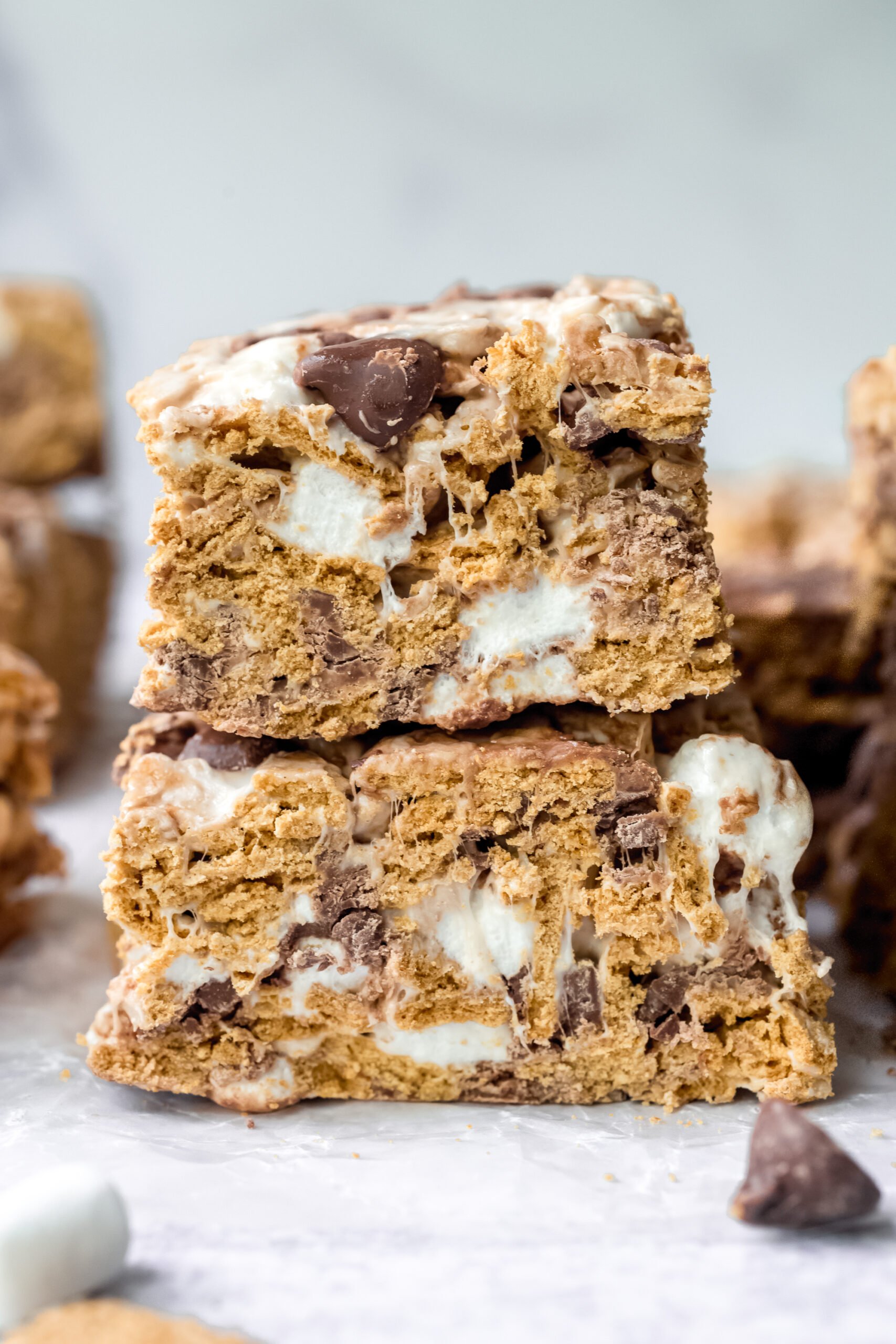 This recipe was originally published in 2012, and updated with new photos and recipe tips in 2020.

These Golden Graham S’mores Squares are such a delicious twist on the classic rice krispy treat! They’re so chewy and delicious, and you don’t even need a campfire to make them.

store in an airtight container for up to 2 days.

Want To Save This Recipe? 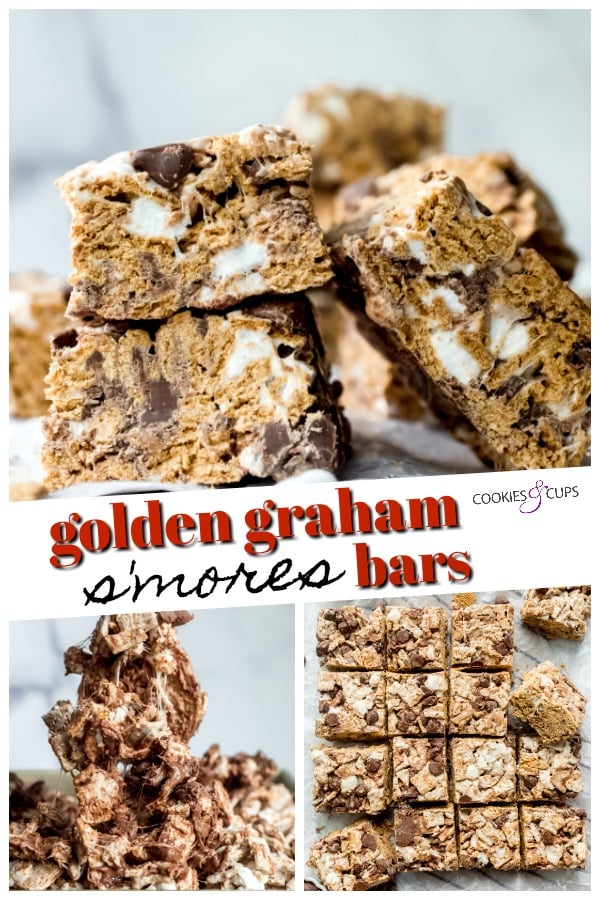 7 Comfortable Desk Chairs That Also Happen to Be Stylish